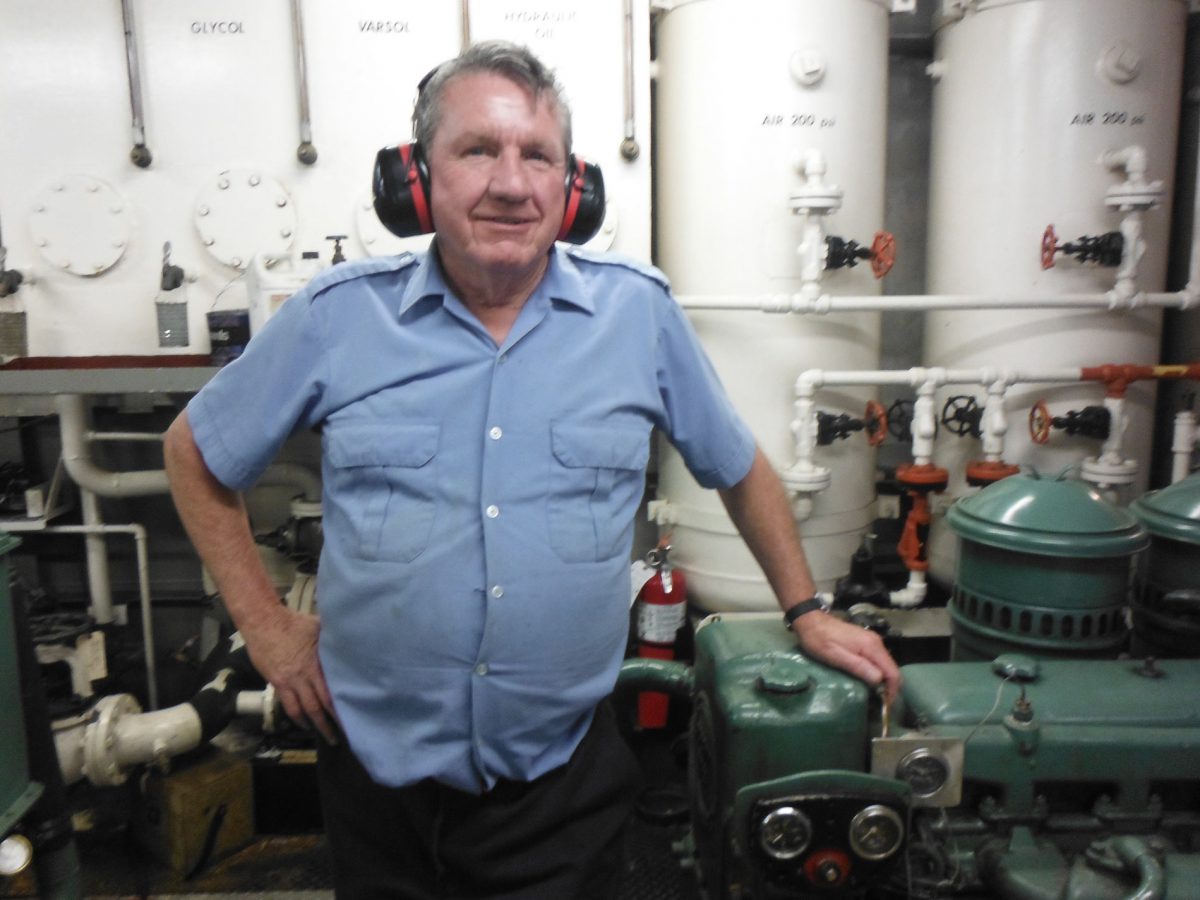 On August 14th, 2017, a family ceremony took place on board MV Namao to release Dan’s ashes into Lake Winnipeg. Dan’s passion for ships, and especially ship’s engines, resulted in a 35-year career with the Canadian Coast Guard, followed by a “retirement” in the engine room of the MV Namao as Chief Engineer, as well as Superintendent of Marine Operations, for the LWRC. Dan is greatly missed by the staff, science group and crew of the MV Namao.