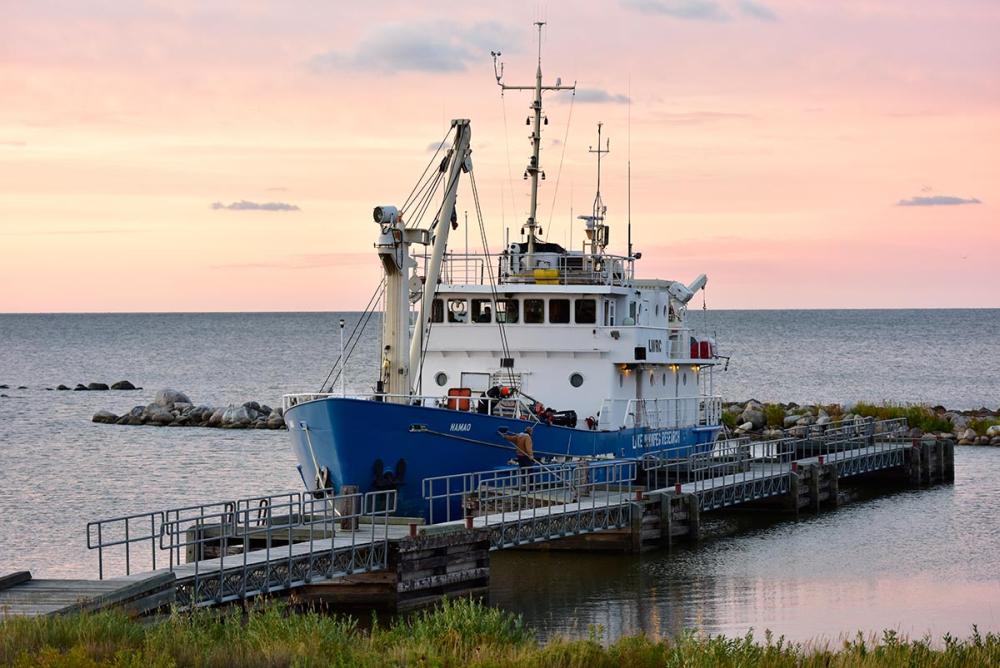 Nine crew members are required to run the M.V. Namao including; a Captain, Chief Officer, Chief and Second Engineers, Deckhands (4), and most importantly, a cook.

A Brief History of the M/V Namao 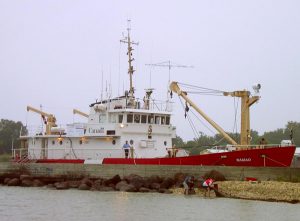 Buoy tender – 1975 to 1997
Based out of Selkirk, the CCGS. Namao deployed and recovered navigation buoys. She also assisted vessels in distress a number of times during her career.

Early research surveys – 1994 & 1996
The CCGS Namao was used briefly by the Geological Survey of Canada for research on the geological history of Lake Winnipeg, proving her value as a research vessel. 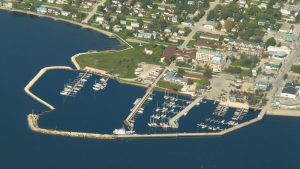 The Namao finds a new home in Gimli Harbour

August survey completed – 1999
The CCG agreed to operate the vessel on behalf of the LWRC on a cost recovery basis. In August, a complete research survey of Lake Winnipeg was completed. ​​​​​​​

New home at Gimli Harbour – 1999
In September, the CCG notified the LWRC that a new home other than the CCG base in Selkirk would need to be found for the ship. The town of Gimli agreed to provide a permanent berth for the CCGS Namao in Gimli Harbour.

Maintenance – 2001
In 2001, the LWRC received funds from the Canada/Manitoba Economic Development Partnership Agreement to carry out maintenance of the vessel as required by Transport Canada.

LWRC takes ownership – 2005
Ownership of the vessel was transferred from DFO/CCG to the LWRC. The CCGS Namao became the Motor Vessel (M/V) Namao and is now owned and operated solely by the LWRC. 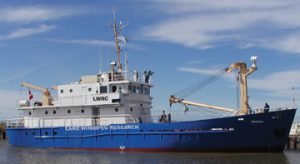 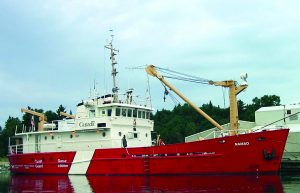 Drydock inspections and repairs
Every five years, the M/V Namao goes to drydock for inspection and repairs. The closure of the drydock facility in Selkirk created considerable challenges for the LWRC since no other facility on the lake could accommodate a vessel of this size. In 2018, the drydock facility at Hnausa, which is used to service the Freshwater Fish Marketing Corporation’s vessel, was modified for the M/V Namao and she was successfully inspected and repaired.

Click on a thumbnail to view a larger image and the slideshow. 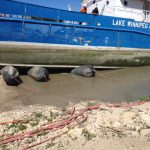 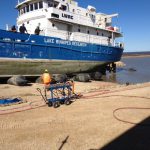 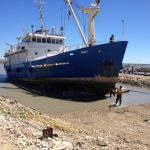 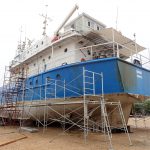 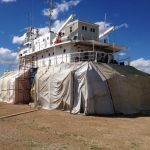